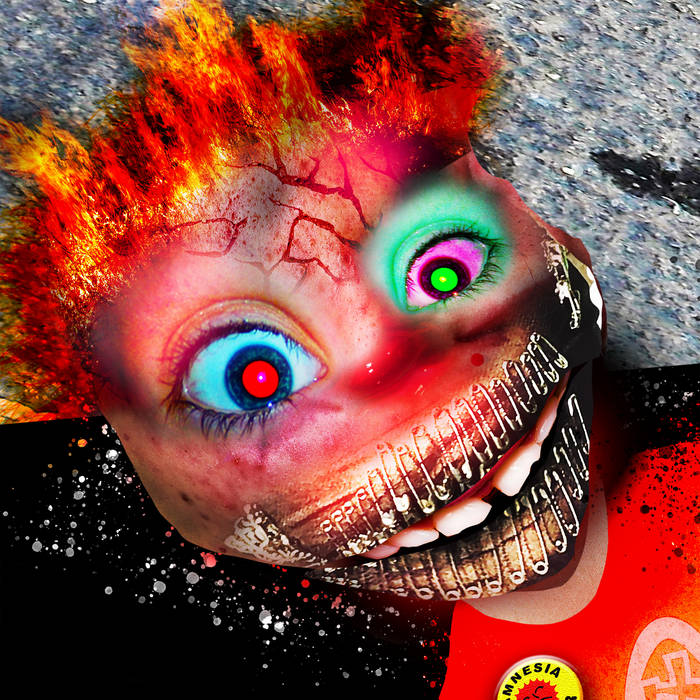 HipGnosis Amnesia Scanner is always good, but JESUS. This is one of the best albums of the year, and their best release yet. Favorite track: AS Acá (feat. Lalita).

Jacques vd Himst Forget especially the low user score on aoty. Listen for yourself and find one of the most intriguing albums of 2020. While it has “Arca” vibes, I find Tearless more consistent than her latest project. It is not an easy listen but I find this to be AS best album so far and one of my favs of 2020.
more...

Berlin-based duo Amnesia Scanner have announced the impending release of their sophomore LP, Tearless, a sonic reflection of how it feels to experience Earth at a time when collapse is emerging as the prevailing narrative. As Amnesia Scanner founders, Ville Haimala and Martti Kalliala watch their icy home country of Finland thaw- the staggering scale of political recalibration and the worldwide climate crisis blows open old norms. “There’s a looming sense of radical change,” they noted pre-COVID, connecting the period of making the album to a fin de siecle horror and curiosity regarding what new world is being ushered in. Tearless has been referred to as “a breakup album with the planet”, to which Amnesia Scanner responds, on the LP’s closing track: “You will be fine, if we can help you lose your mind.” Amnesia Scanner are previewing the album in the form of a video for their accidental quarantine anthem “AS Going,” a clip featuring a cascade of images of spiraling humans.

Tearless marks a turning point in the duo’s trajectory, one begun in 2014 with the AS Live [][][][][] mixtape, followed by audio play Angels Rig Hook, two EP’s for Young Turks, and their 2018 debut album, Another Life (PAN). For Amnesia Scanner in 2020, the walls of the nightclubs, galleries, and institutions fall away and are replaced by full-scale theatrical productions complete with jumbotron stages, animatronics, and a surrealist costumed cast (literally so in the XL version of the album’s live show, Anesthesia Scammer). Likewise, the musical scope of the album is expansive, with guest vocalists — the Peruvian artist Lalita and the Brazillian DJ/producer LYZZA — descending into a vast uncanny valley of sound. With the crossfader on Tearless sitting closer to pop than abstraction, so too does the audience for this record widen in scope. Opener “AS Enter” sets a sombre tone until the fucking riffs of the second track (the titular, Lalita-helmed “AS Tearless”) make clear there’s plenty of roaring to come. A feature from metalcore band Code Orange on “AS Flat” follows, along with “AS Trouble” (feat. Oracle, the third, machinic ghost-member of Amnesia Scanner) and together they hit as black-metal-gaze dirges. Closing Tearless is the sadboy grunge of “AS U Will Be Fine” with a clear statement of intent: doom, despair, insanity, absurdity, it’s all natural, all cathartic, and all OK.

For the art direction of this release, Amnesia Scanner collaborators PWR scavenged the pop cultural unconscious, as if ventilating memory dissociated by trauma. The gatefold vinyl reveals a four-panel comic, full of iconic pre-millennial motifs, which arrive cut up and reassembled collage-style: fitting visuals for an album that channels Deftones as much as reggaeton, menace as much as the drop-outness of grunge. Refuse like the ‘90s and party like the ‘20s—if that seems senseless, you are doing it right.

The album is mastered by Enyang Urbiks, featuring visual direction from PWR Studio.

Bandcamp Daily  your guide to the world of Bandcamp